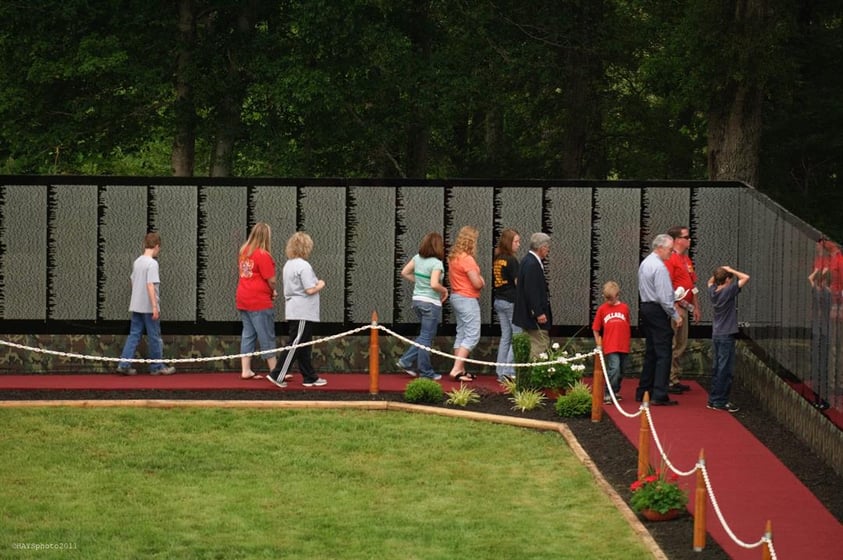 The Moving Wall, a half-size replica of the National Vietnam Memorial will be on display in Elmira and WENY-TV in Elmira/Corning, New York is proud to welcome the event to the area.

The wall is a tribute to service members killed during the Vietnam War and is an opportunity to recognize all who served.

WENY-TV is honored to participate in the activities sponsored by Vietnam Veterans of America Chapter 803. WENY anchor and News Director Renta Stiehl will be the program host for opening ceremonies Wednesday, June 29 at 4:00pm. The program will be streamed live on WENY.com and the WENY News app plus WENY’s Facebook page and 24/7 news channel NY Local. Activities will be held at Eldridge Park in Elmira.

Coverage begins Wednesday, June 29 at Noon and continues across the holiday weekend on air and on social media. Reports will focus on individual visitors to the wall and feature available veterans' programs and services.

The Moving Wall was built by Vietnam veteran volunteers and has traveled across the country since 1984.

WENY-TV has been working with the Vietnam Veterans of America Chapter 803 and the Vietnam Veterans Museum in Elmira on the project for the past year. The station’s ownership team brought “The Wall That Heals,” a similar wall replica to Erie, Pennsylvania during this year’s Memorial Day holiday weekend. The company and its stations are producing a year-long special project titled “Vietnam Reflections” that feature local Vietnam veterans. The campaign continues until January of next year, the 50th anniversary of the Paris Peace Accords, which led to the eventual withdrawal from U.S. forces involvement in Vietnam.